The firings took place from Friday, May 31st  to Saturday June 1st 2013 at the Port Eliot Estate, St Germans, Saltash, Cornwall and was conceived by Joanna Bird, curator of the exhibition. Our partnership colleagues for this iteration were the St Germans family at Port Eliot and Plymouth College of Art. Elemental firings formed an integral part of the education project which ran concurrently with the exhibition.

The event showcased a cross section of different approaches to firing ceramics, making glass, and working in paper. These were conceived to complement the architectural theme of Marking the line. Students from Plymouth College of Art and Falmouth University and other participants worked with Professor Sebastian Blackie who produced floating paper kilns. Glass blowing with a mobile glass blowing kiln and a kiln fired with paper was crucial to the students’ development and their understanding of these forms of working. Some were pre-made but others were conceived and created during the day on the Saturday. The firing was held at twilight (approximately 9.30pm) and lasted about an hour.

This event was held in association with the Joanna Bird Foundation.

About Marking the line: Ceramics and Architecture

Ceramicists Christie Brown, Carina Ciscato, Nicholas Rena and Clare Twomey worked with curator Joanna Bird who juxtaposed modern works of art within Soane designed interiors in a ground-breaking exhibition – Marking the line: Ceramics and Architecture – challenging where and how we view ancient and modern works of art.

Sharp contrasts between the classical and the contemporary stopped visitors in their tracks at Sir John Soane’s Museum, London, the first venue of the touring exhibition. The artworks by the four ceramicists were then installed in the family home of Lord and Lady St Germans at Port Eliot in Cornwall.  Marking the Line‘s third and final venue was Pitzhanger Manor, Walpole Park, Ealing  –  Soane’s country house and estate. 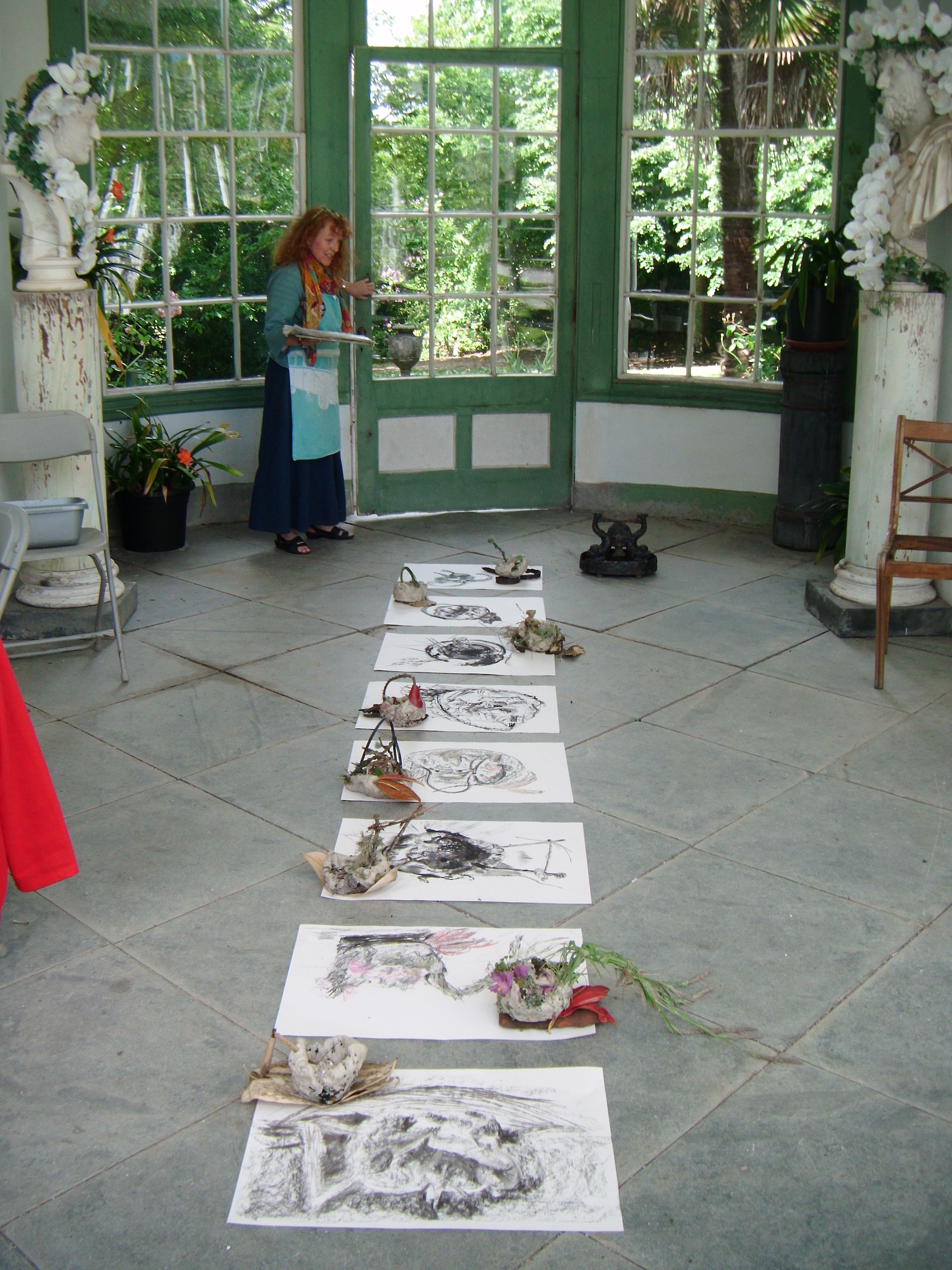