Marking the line: Ceramics and Architecture was a highly successful exhibition which toured to three venues. Joanna Bird conceived and curated this project. She commissioned installations from four contemporary ceramic artists which responded to the life and work of Sir John Soane. The exhibition challenged how much we could learn from the opportunity to view ancient and modern works of art set in different historical contexts. Overall this exhibition explored the relationship between ceramics and architecture.

The exhibition opened at Sir John Soane’s Museum on March 8, 2013, curated by Joanna Bird and Dr Jerzy Kierkuć-Bieliński. The two further venues were both houses designed or in part designed by Soane: Port Eliot in Cornwall and Pitzhanger Manor in Ealing.

Different dialogues between the work and the historic settings in which it was presented emerged as the exhibition was transformed from one venue to the next. In Port Eliot for example, themes of dynasty in Christie Brown’s work resonated not only with the life of Soane but also with that of the St.Germans family at Port Eliot, so much so that Christie produced a further two pieces, busts of the 1st Lord & Lady St Germans, to enhance the exhibition.

‘This is a fascinating exhibition with contemporary artists taking inspiration from one of our most visionary architects. This is a show that should attract anyone with an interest in art, design and architecture and I hope it will introduce many more people to Soane’s work and legacy, including his gem of a Museum in Holborn and his home at Pitzhanger Manor.’

An educational programme accompanied the exhibition, including a symposium at Somerset House, Masterclasses run by Carina Ciscato and a paper firing kiln by moonlight at Port Eliot. 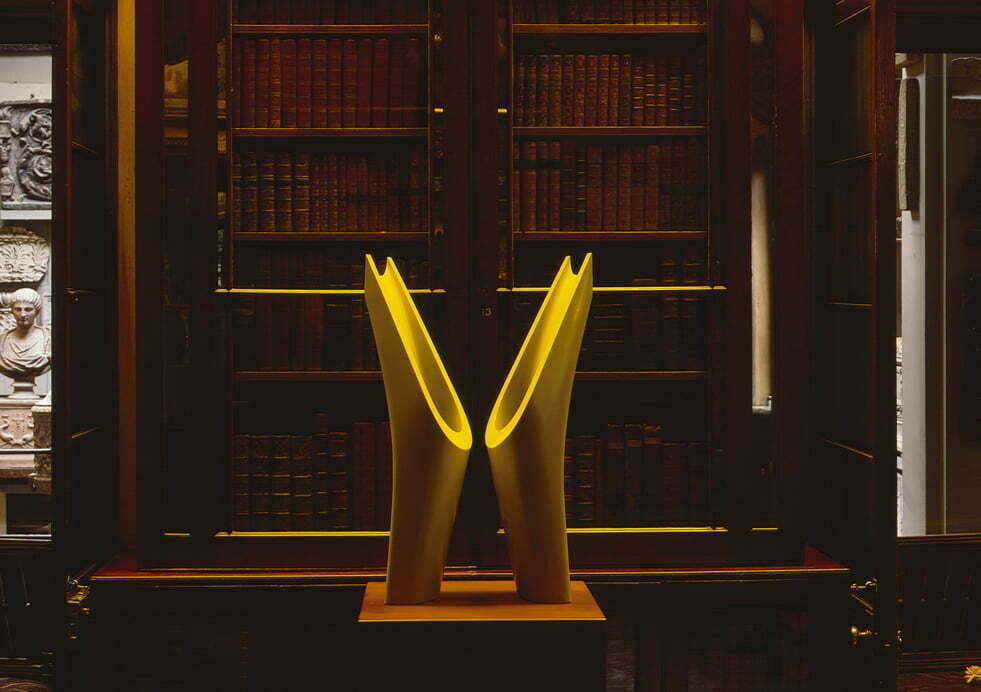