“This fine documentary is a deep dive into one man’s world of making, and the philosophy behind a life in pottery. The sense of accumulation – of time, of clay, of conviction – is palpable in every shot. We also hear from the magnificent David Attenborough and master chef Nigel Slater (who begins every day with his Batterham breakfast bowl). Their voices remind us that often, the most meaningful things in life are rooted in the everyday, indeed, in the dirt beneath our feet.”

Richard Batterham, Master Potter is a documentary film exploring in depth Richard Batterham’s world of making, and the philosophy behind a life in pottery which has resulted in worldwide recognition for his masterly work. Produced by the Joanna Bird Foundation and filmed by Alex J. Wright with content contributions by Sir David Attenborough and Nigel Slater.

Batterham is an iconic figure though he himself was a modest man who never sought fame or favour, but found his life making pots hard work, fascinating and utterly satisfying. He built up a very successful business on his own selling his work all over the world.

In 1957 he became a student of Bernard Leach for two years in St Ives.

In 1959 he married Dinah Dunn and bought their house and in 1966 he built his extant pottery. This film was made in his 80th and 81st year.

Batterham’s repetition throwing of similar forms is his hall mark. These developed along with his glazes over the years, underlined by refinement of form, glazes and latterly the introduction of a blue wash here and there.

Rejecting notions of haste and commercialism that he felt were all too present in modern society he worked with tide-like regularity digging his own clay and preparing glazes from the apple trees in his garden. Batterham could not accept society’s pressure which dictates “items that you must have in your home to show everyone that you are in fashion” insistently fed to us in colour supplements and glossy magazines. His work was based around his philosophy and the resulting pieces are not only beautiful to behold and satisfying to use but imbued with a deep integrity. Tanya Harrod has said of his work, “These pots are for us – ordinary people – not for museums.” This holds true, his notable fan club love and use his pots daily and museums have also found his work irresistible, the V&A amongst many others have acquired his work for their collection.

The film is available on DVD with all proceeds going to The Joanna Bird Foundation.

To purchase a copy, please click the button below. 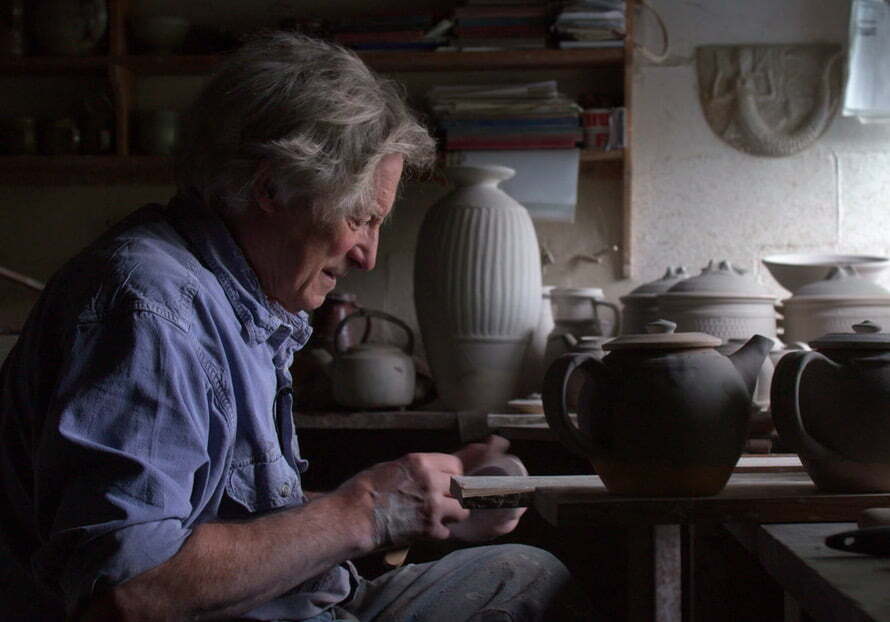